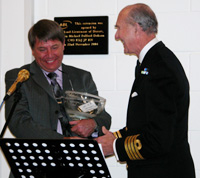 ABL’s achievements have been recognised on a number of occasions and, in particular, ABL has been awarded the prestigious Queen's Award on 3 occasions;

We have also been recognised at a local level by the Dorset Business Awards in 2004: